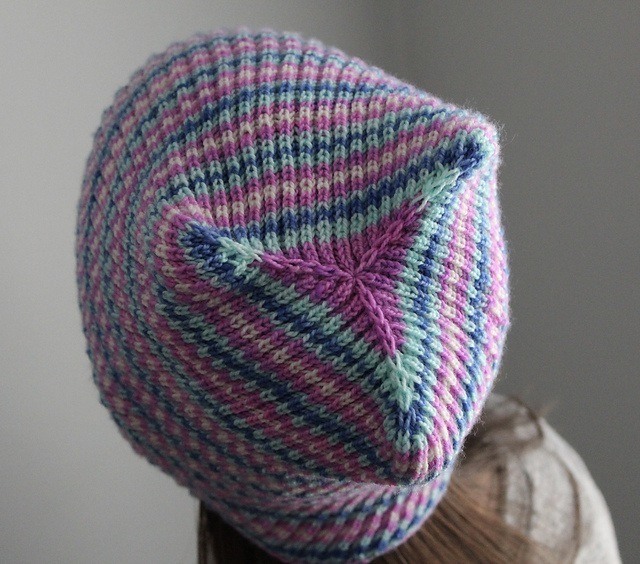 Today we’re chatting to knitwear designer Sarah Jordan, aka PAKnitWit tell us a little about yourself please Sarah.

My name is Sarah Jordan, though I’m better known around the web as PAKnitWit. I’m a knitwear designer specializing in accessories; my favorite things to knit and design are probably socks and shawls. I’ve been knitting for most of my life, and I occasionally dabble in crochet. How did you get into knitting/crochet and who taught you?

When I was about 7 or 8 years old, I spent some time with an aunt and uncle who lived out of town. My aunt had always knit and crochet, and she decided that it was time for me to learn. She got out some straight needles and orange acrylic and taught me the knit stitch. Since then, I’ve mostly been self-taught, though I’ve taken some specific technique classes over the years. I didn’t really get obsessed until I was in graduate school and spending a lot of time alone studying. I happened to be living about a block from a great little yarn store, and as the online knitting world was just starting up, I was quickly spending every spare moment with my needles and yarn.

What made you want to start designing?

I suspect that like many people, the initial impetus came from having an idea of something I wanted to knit but couldn’t find a pattern for, so I ended up improvising it myself. And when other people expressed an interest in knitting it too, I figured I’d have a go at writing a pattern. More generally, though, I think designing is a great outlet for my creative interests. As a child, I did a lot of art and art classes as well as a good deal of creative writing. As an adult, I have less of an opportunity to do those kind of things, so designing fills in that space and satisfies my creative urges nicely. What’s you favourite part of the design process?

I could say swatching, but I doubt anyone would believe me! In truth, though, I think it’s when I sit down to knit the sample and it comes out looking as I imagined it in my head. Sometimes it takes several tries to get there (see: swatching), but being able to get the yarn to do what I want is pretty magical. The only thing better than that moment is when someone else knits one of my patterns and posts about it, especially if they post about it in a positive way!

I’m really inspired by color, texture, and pattern. I’ve been known to snap photos of the most bizarre things (upholstery patterns, wallpaper, brickwork, etc.) because I find the patterns interesting or see a potential design there

Are you a full-time or part-time designer and how does that fit into your life?

I’m still very much a part-time designer, as I have a full-time job where I do zero creative work (I’m an editor) and am the primary caregiver for my daughter, who is almost 10 years old. So my designing time gets done in stolen moments here and there – lunch breaks, evenings, and weekends. I’d love to have more time to do it, but at the same time it’s nice not to have the pressure to produce a certain number of patterns in a given amount of time, plus not depending on it for my livelihood keeps it fun for me.

Do you have a favourite thing to design and why?

Socks and shawls are what I keep coming back to, socks because I love to knit (and wear!) them and shawls because they are so freeing – they don’t have to fit, so gauge is only a suggestion, and they’re so versatile. 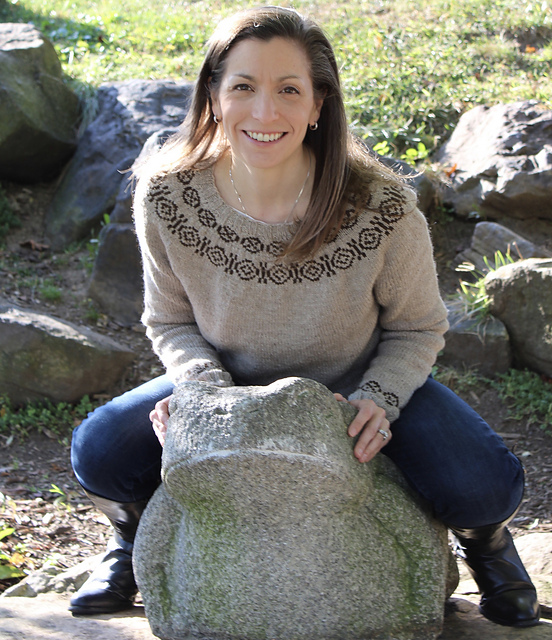 Do you have much time to make things for yourself or for gifting?

In the past several years, I’ve been doing more and more knitting for my daughter, who is a most worthy recipient, while most of the knitting I do for me is actually sample knitting. But I still do make time to knit myself things, like sweaters (I’ve only designed two of them to date, and I’m very grateful to have someone else do the math for me).

If someone knitted or crocheted a gift item for you, what would you love the most?

I’d be thrilled with anything someone else made for me, because I know how much time it takes to make a hand-made gift!

Do you have a favourite yarn and why?

What’s your favourite of your own designs and what do you love about it?

This is a hard question! I love all my designs for different reasons. If I had to pick, though, I’d say two of my shawl patterns: Leventry, which was my first “big” pattern, and Wynne, which was so much fun to knit that I made two samples back to back.

Is there anything new you can tell us about or a recent design you’d like to chat about?

I’ve been fairly active in the Budding Designers group on Ravelry for the past several years, and each year there’s been an annual goals thread, where we post our goals for the year and periodically check in. This year I set only two goals for myself, but they were pretty big ones: have 100 patterns in my portfolio by the end of the year and design a yoked colorwork sweater. The sweater was published in October, and it looks like I might just sneak in the last few patterns I need to hit 100 before the end of the year – I’m at 97 right now, with 98 due to be released later this week, 99 with the tech editor, and 100 ready to get started.

I’ve been trying to branch out, but it’s always blue.

Have you been a participating designer in the Indie Gift Along before and what do you love most about it?

I’ve been part of the GAL since the first year, and I love the spirit that comes out of it. Everyone is so excited to knit and crochet and chat about them, and people are so helpful. It can be a crazy time of year when emotions are running high, so it’s nice to know that there’s a warm and welcoming community I can turn to. 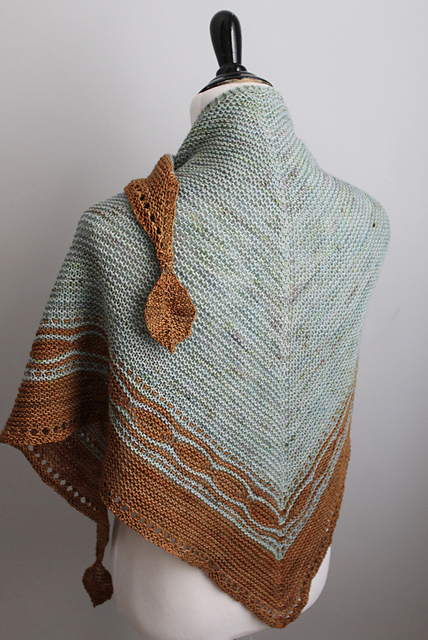 The Sky in the Stream by Sarah Jordan

Which Gift Along 2019 designers inspire you and why?

As someone who knits and designs a lot of colorwork, I’m really inspired by the aesthetic of Ella Austin/bombella. Her designs are so bright and colorful, but they’re really approachable, too.

I’m also really impressed by the growing number of designers who publish patterns in both knit and crochet! I know the basics of crochet but am not very proficient, and I’ve really been making an effort recently to get better at it, but I’m still years away from even trying to write a crochet pattern.

How do people get in touch with you or see more of your work?

Quick links to our shop

Woolly Madly Deeply Ltd Site D, Glasson Industrial Estate Hutton Place Maryport CA15 8NWe are an online only business, we do not accept callers or visitors to the site.Company number 08095319

You have Successfully Subscribed!

We won't spam you or sell your email address to anyone.  We don't like spam either.